“How is it possible to get pumped on holds this big!” I shouted up to Chris as I hauled myself up the penultimate pitch of the aptly named route Fiesta de los Biceps. Shaking out, locked-off at the elbow on a stuck-out giant gient protruding ball I gazed over my shoulder at the Griffon vultures swooping by and the picturesque village of Riglos below, what an awesome position! 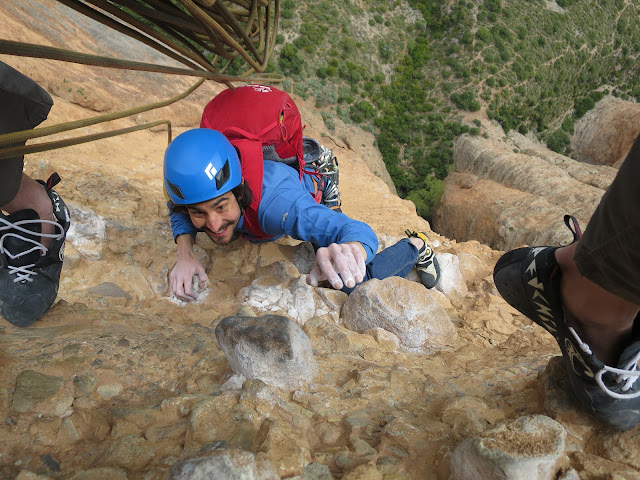 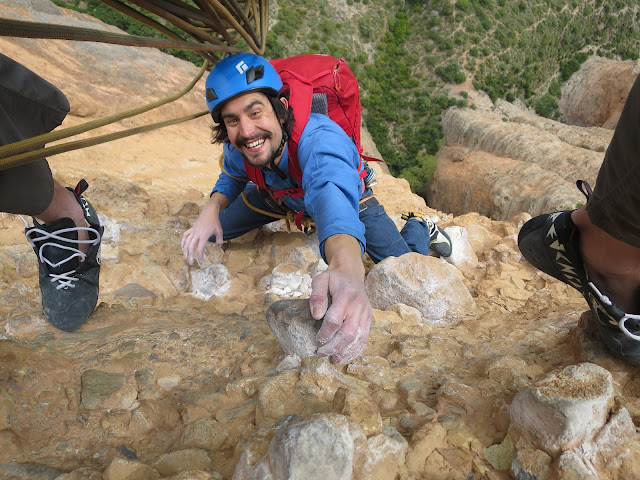 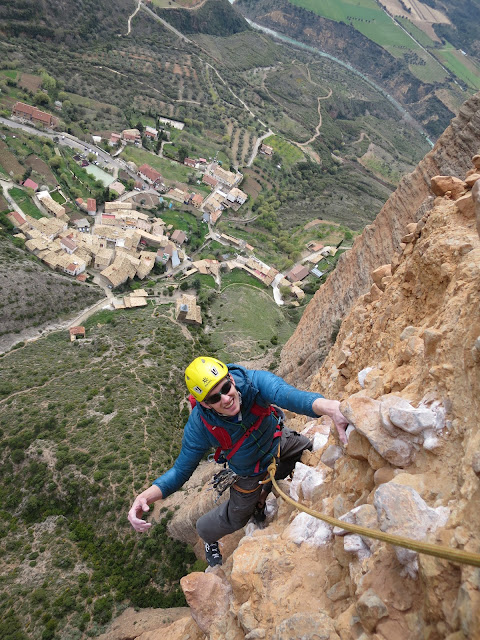 This special route is unique and has been on our bucket list for many years; it did not disappoint.
The conglomerate rock towers of Mallos de Riglos are 300m high and despite appearance are surprisingly solid! Fiesta de los Biceps (6a, 6c+/7a, 6c, 6b+, 6b+, 6c+, 6a+) takes the steepest line up Visera tower. Locating the base of the route is easy, the permadry snail trail chalk line can be seen from the town! 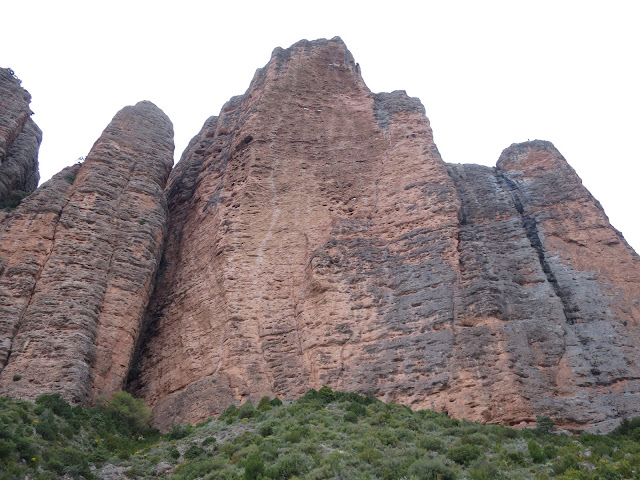 The route is fully equipped with slightly spaced bolts which adds to the excitement. The surprisingly technical and polished crux is on the 2nd pitch then the top few pitches are just sustained and super fun 3D jug pulling! 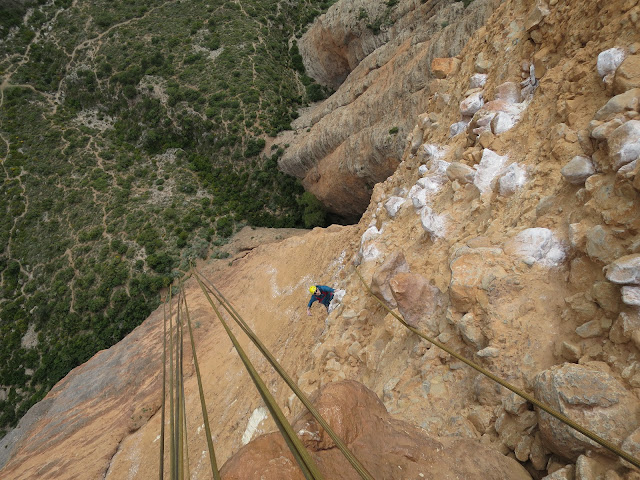 The descent is a straightforward walk off down the gully to the right of the tower (facing in), the descent is possible wearing flip-flops if you’re careful.

We made the long (3hr) driver over to Riglos from where we were staying in Abella Climb Eco Refugio in Abella de la Conca. The return journey was quite exciting as we got caught up in an unseasonal snowstorm! We just about made it back up to Abella de la Conca at 1000 m as snow was falling thickly. The following morning we woke up to a respectable dump of snow! Truly spectacular winter wonderland, but not what we expected during a Spain sport-climbing trip in March/April! 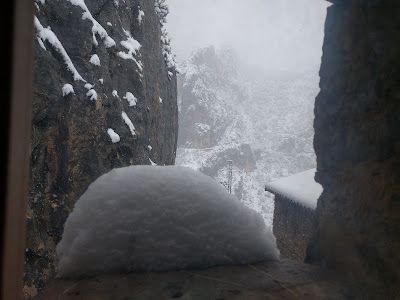 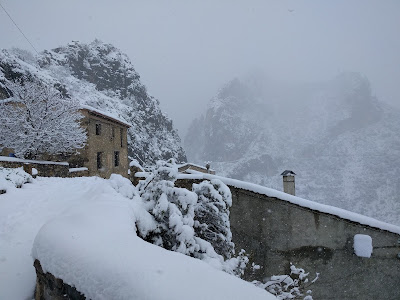 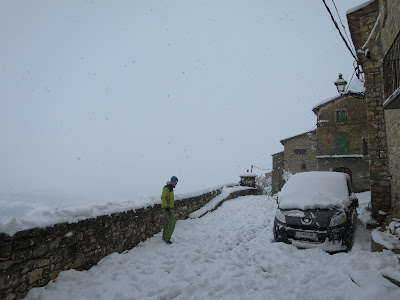 Abella was a beautiful place to stay, although a bit of driving was required to visit the best crags. For us it was not too bad since none of us had climbed much in Catalonia before therefore we were keen to visit all the classic crags: Terradets, Oliana, Tres Ponts, Camarasa etc. Abella was a central(ish) location. There is also some decent climbing around Abella itself. On rest days it was awesome hanging out in such a stunning place. The refugio also has wifi and a wood fired sauna which got much use on our snow bound day!

The quantity of top quality climbing in Catalunya is mind blowing, after 2 weeks I feel like we just sampled what is on offer. I’m keen to return!