Last week Sophie, Maddie and I went on an after work mission to explore the depths of Gideon Quarry. We climbed the route Synthetic Life 7a+ which was truly awesome! Bolted in 2006 by Pete Harrison it's strange that the route has not seen much traffic.

Even though the route is in a slate quarry the climbing itself is all on steep dolerite, the climbing is very similar to Tremadog! Lots of technical bridging.

An adventurous approach (free hanging abb) and some spaced bolts make the route feel in places like an E5 rather than 7a+! There was as bit pf dirt in places but not too bad given the lack of traffic; it's possible to put the draws in and clean the holds on abb. Long extenders are essential on the lower bolts.

I was fist up the route then hung around on a rope to get some photos of Soph, given our late start, by the time Soph and Maddie had climbed the route (in fine style, good effort!) it was totally pitch black when I seconded the pitch to extract myself from the depts of Gideon hole and rampant midges! We were glad of the short drive back to Llanberis (less than 10min) to start cooking our dinner gone 11pm! Fantastic little adventure. Keen to go back to have a look at Bone People E4 in the same which also looks amazing. 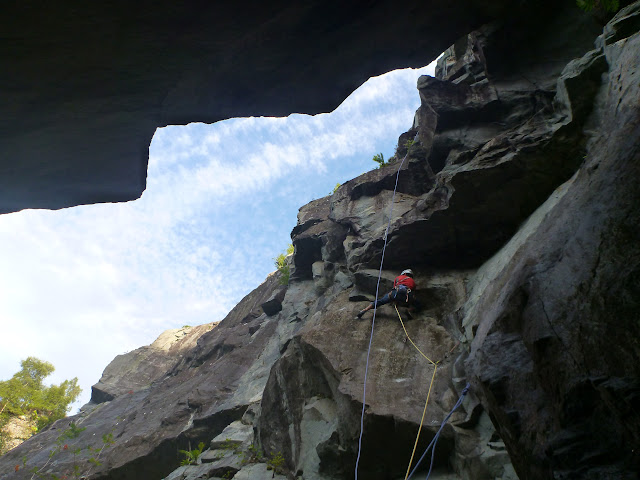 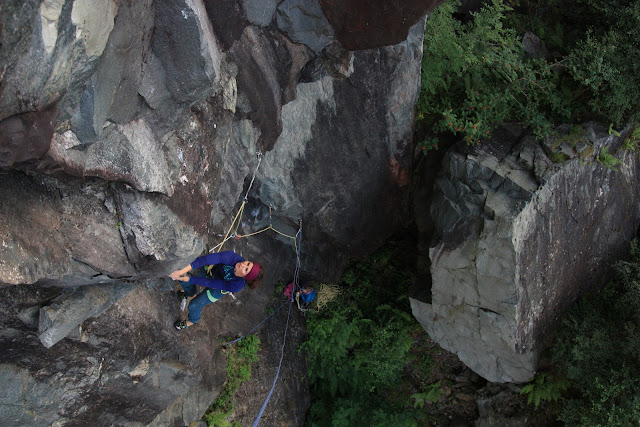 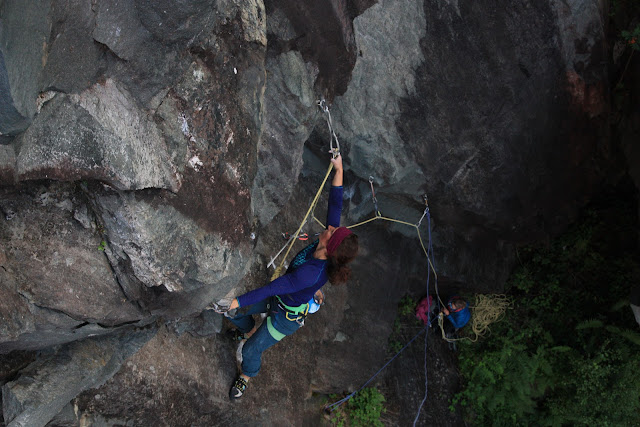 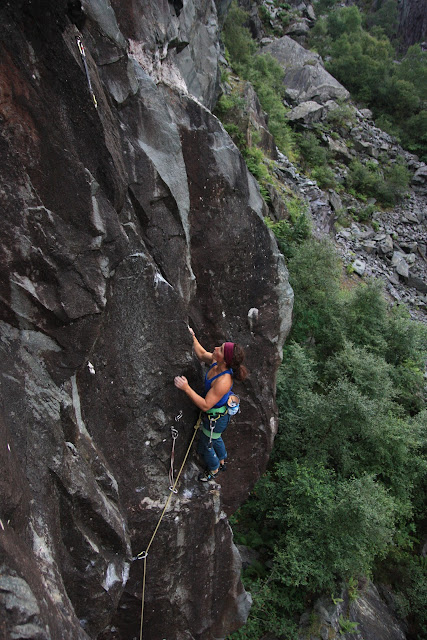 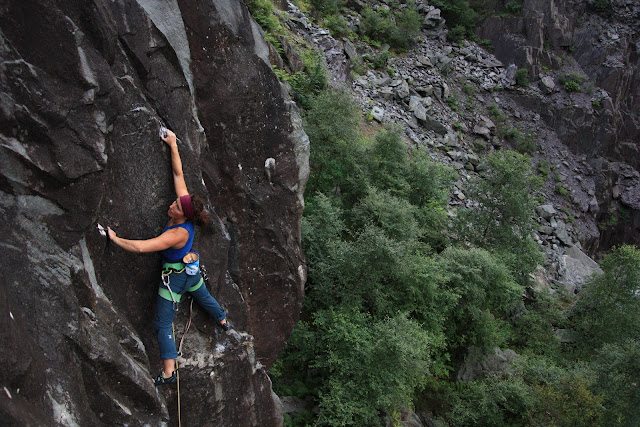 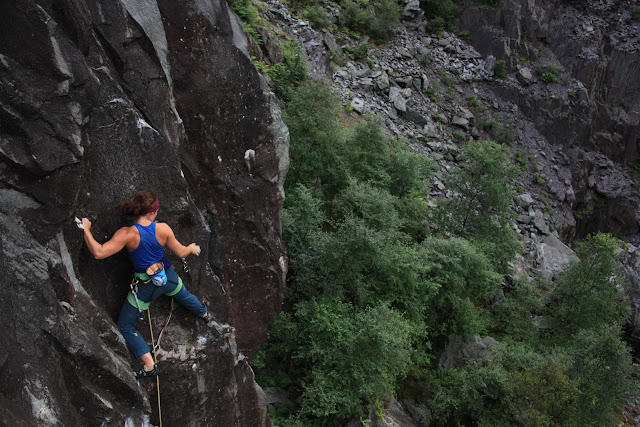 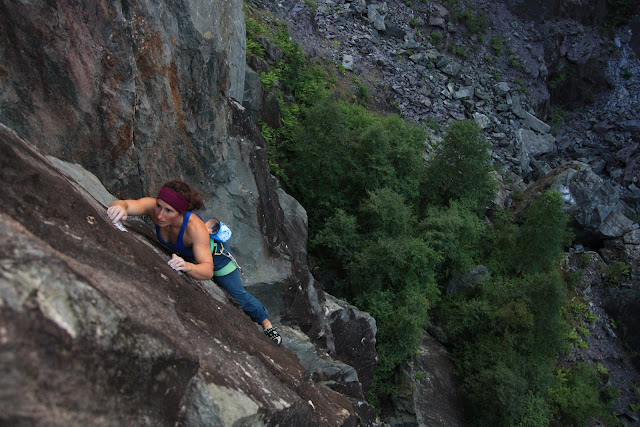 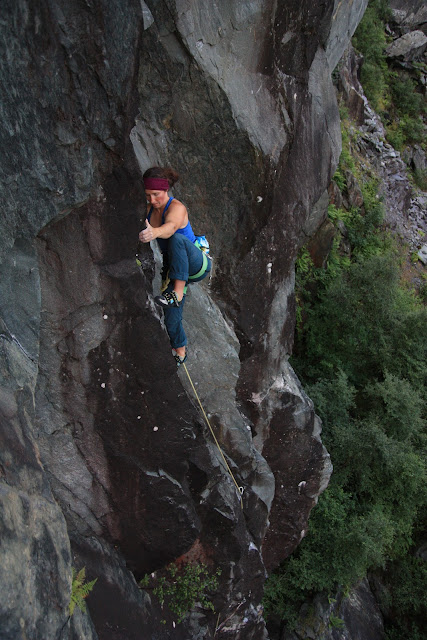 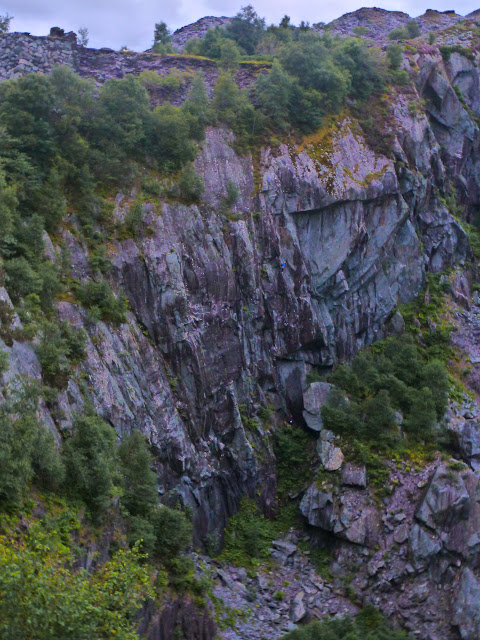