Today I tried to make the second ascent of Owen Barni's new route Dwarf Shortage. The route takes the wall to the right of Central Sadness in California and finishes up the E3 6a finger crack at the top of Central Sadness. While Central Sadness has two pitches, Barni's route is one mammoth 50m pitch. 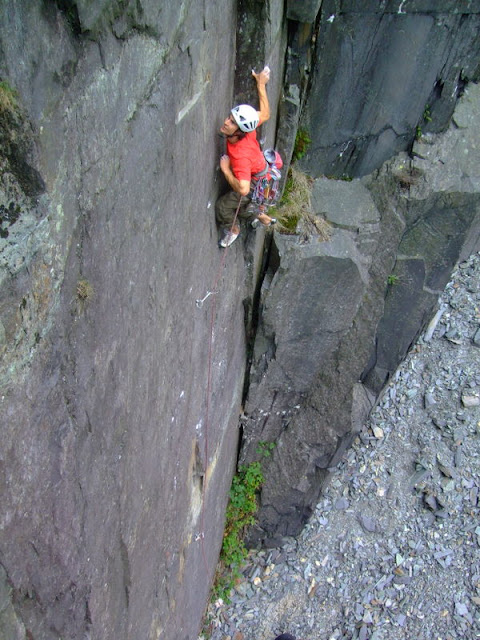 Enjoying the technical moves on the lower part of Dwarf Shortage

The lower part of the route follows a line of 7 (spaced but mostly well placed bolts). The lower section features got some great thin and technical 6a moves. The upper section crux is just before moving left to join the bottom of the top finger crack of the top pitch of Central Sadness.

The crux is a fantastic rock over to a small crimp which broke off during my ascent resulting in a whipper, a cut to the hand and the move being make even harder. 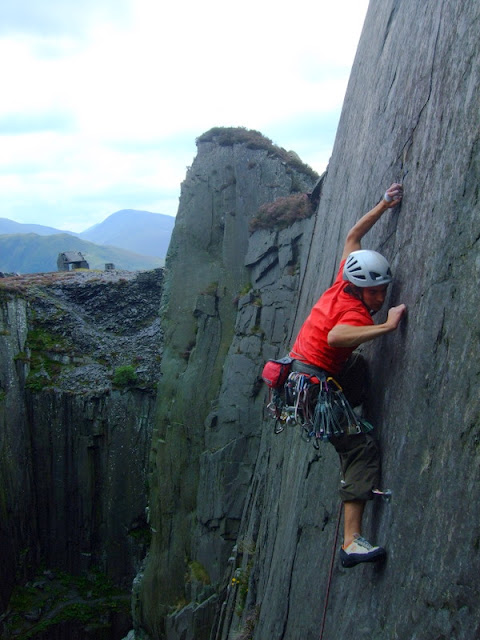 
Barni gave the route E3/E4. I (in my limited hard slate experience) felt the route merited E4, possibly now 6b with the broken hold on the crux. The crux is well protected with the bolt below being just below foot level. 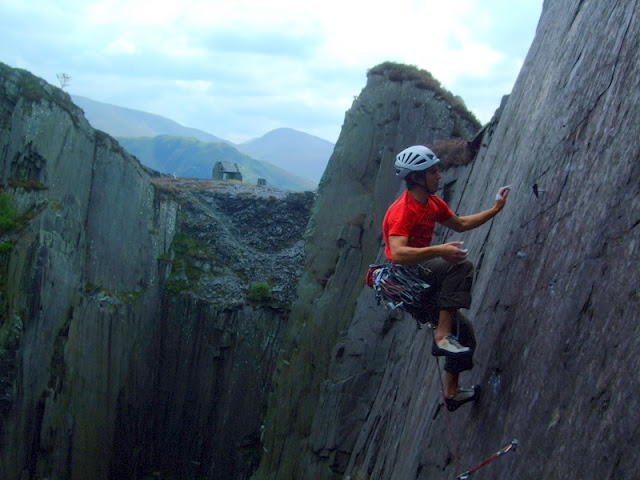 Taking flight! The offending hold can be seen breaking off

The top E3 6a finger crack of Central Sadness was fantastic. 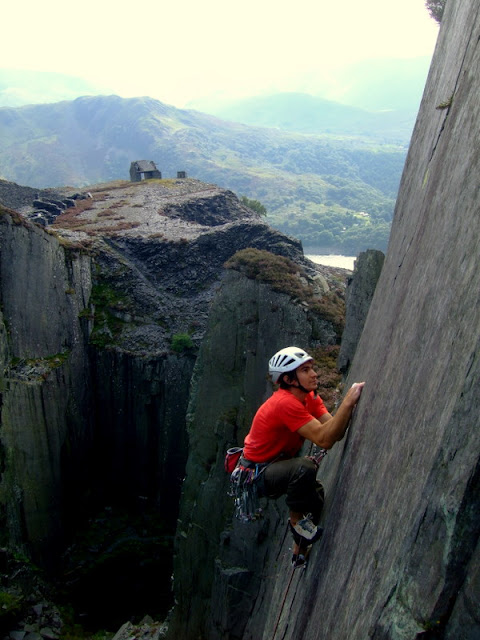 My ascent was definitely not an onsight, Barni was on photo taking and beta providing duty when I got scared! I found the second bolt pretty scary to clip, I had a QD pre placed. I also aided past the (now harder) crux using an abb rope. Liam who seconded the route managed to do the crux move on toprope. 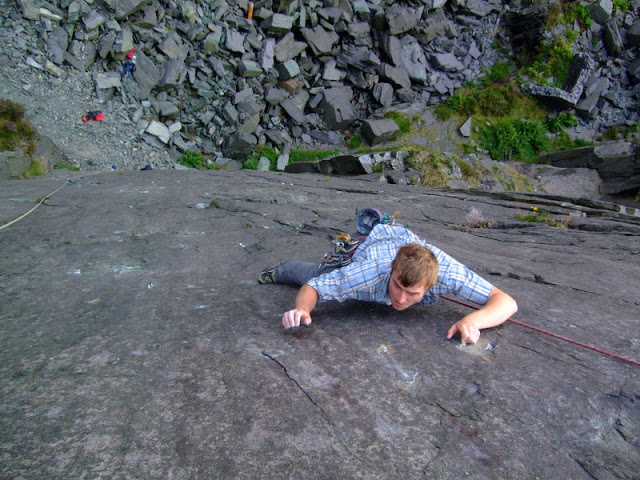 Liam about to do the crux with the modified hold
on August 26, 2010
Labels: Slate
Newer Post Older Post Home