As winter was still lingering on in North Wales we took a mini van trip down south in search of sunshine and dry rock. We were not disappointed.

First on the list was Anstey's Cove, I had been here once before about 5 years ago and was very impressed by the quality of the rock. This time I made it down to explore the even steeper Ferocity Wall. Wow, this is a seriously impressive bit of wall a mini-Ceuse! If only Anstey's Cove was 10x the size, it would be one of the best sport crags in the country. I got on The Cider Soak a classic UK 8a. Armed with some beta from Jonny and some vague memories of Jon mentioning a finger lock at the top I managed to redpoint the route on my 4th attempt. I was pretty pleased with this considering I had mainly been bouldering for the last couple of months. However the lack of route fitness did mean I dropped the route holding the massive jugs at the top on my second try! It actually added to the excitement being forced to climb the route another couple of times to try and work a better sequence for the top. Finally on my 4th go with fading strength and daylight I clipped the chains after deploying my new sequence on the top without an ounce of energy to spare. Happy days. 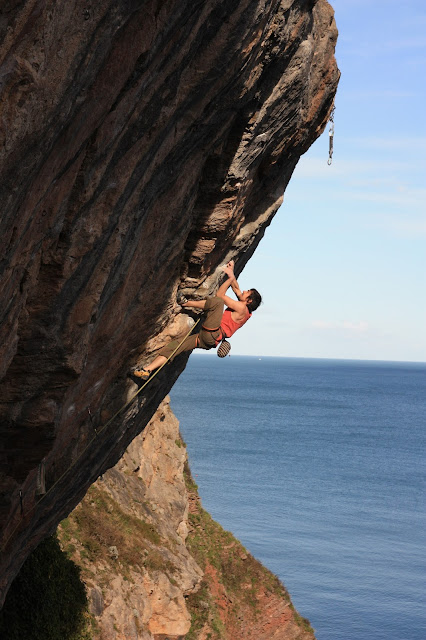 Thanks Sally for the awesome photos.

Next I travelled down to Portland with Amy for with the aim of building some route fitness. Portland was great for this, lots of routes in the mid 7's to throw myself at. The crags at Portland are blessed with a good range of grades, there are not many sport crags in the UK with a 3* 6a a couple of lines to the right of a 3* 7b+! There are quite a few routes that I thought were slightly over starred given the quality of the rock in places, however the good parts of some of the routes I did were totally amazing. My favorite routes were: 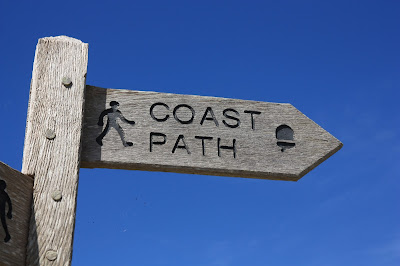