In between Brynrefail and Deiniolen there is a very pretty area of rough ground with lots of trees, bracken, brambles criss-crossed by a few vague footpaths. In this area there are a few hidden boulders. Last night I headed up to try and seek them out.

Basking in glorious evening light at gone 7pm we repeated Willow 6B+ and Mat's Arete 6B on Mat's arête boulder.

We then moved onto Witch’s Crag which took a bit of locating up in the trees to the right of Mat's Arete. "from Mat's Arête boulder follow the wall up and to the right for about 200m until the wall can carefully crossed at a low point by an old broken fence post and a vague path leads 50m back left to the boulder which is just visible from the wall crossing" GR 56946 62393.  It's Amazing this boulder was ever found in the first place, it's very hidden!

I managed an on-sight (probably FA) of schoolboy traverse which we reckoned is about 7a+ with an awkward finish, and pretty good. 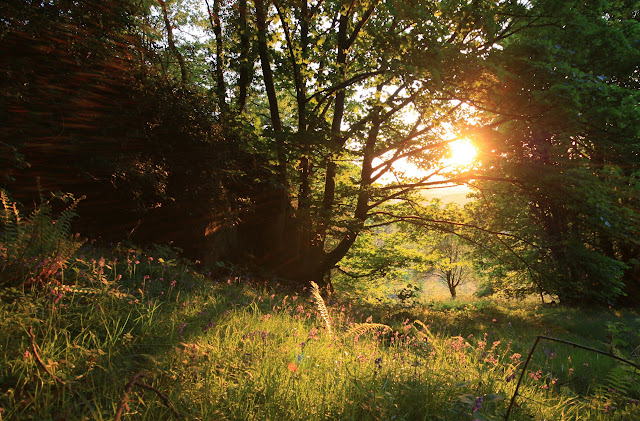 Here's a little map showing location of these (and other boulders) in the area: 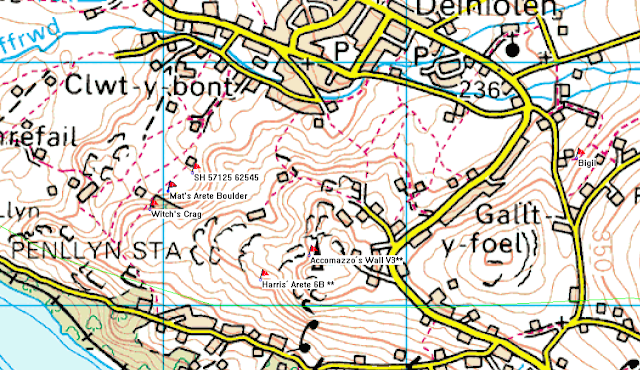